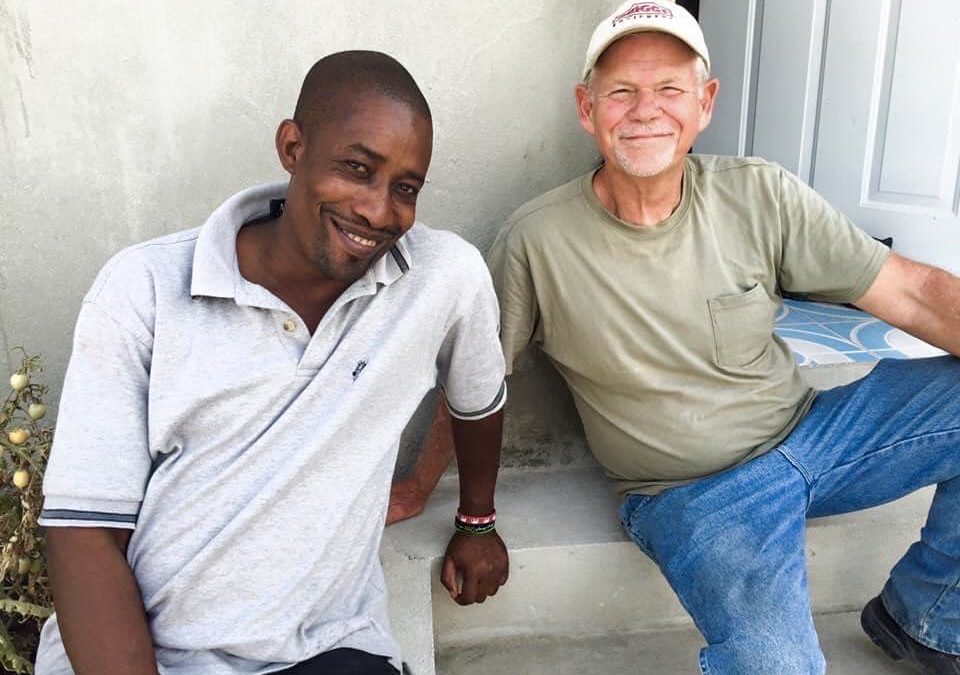 It is with a heavy heart that I share with our BGM family the news of the passing of Terry Warren. Terry and his wife, Kathy, were our first missionaries in Thoman, Haiti. Terry battled pulmonary fibrosis for some time and went to be with the Lord this past Saturday.

Terry was one of the most godly men I have had the privilege to know. He was steady, consistent, and true. He loved the Lord, his family, and the people of Haiti.

The sponsorship program was not the only way Terry invested in Thoman. He has been responsible for agricultural projects, houses being built for desperately poor Haitian families, and countless teams going to Haiti and investing in the community of Thoman. He was always searching for ways to help others. As our BGM accountant, Julie Humphreys, wrote to me when she found out about Terry’s passing, “I sure will miss his phone calls letting me know who he wants to help in Haiti.” Terry was constantly thinking of ways to help others.

Terry and Kathy helped provide medical care to many, many Haitians. Kathy used her experience and knowledge as a nurse to care for those who were hurting. Terry loved and admired Kathy so much for her willingness to serve God using her skills and training. He wrote, “I’m just amazed by Kathy. People coming to the door step every day for care until we get the clinic open. She is truly an angel. Without her here these folks who are coming would have no hope of care. Some are walking hours just to get here. God bless and take care of Kathy.” 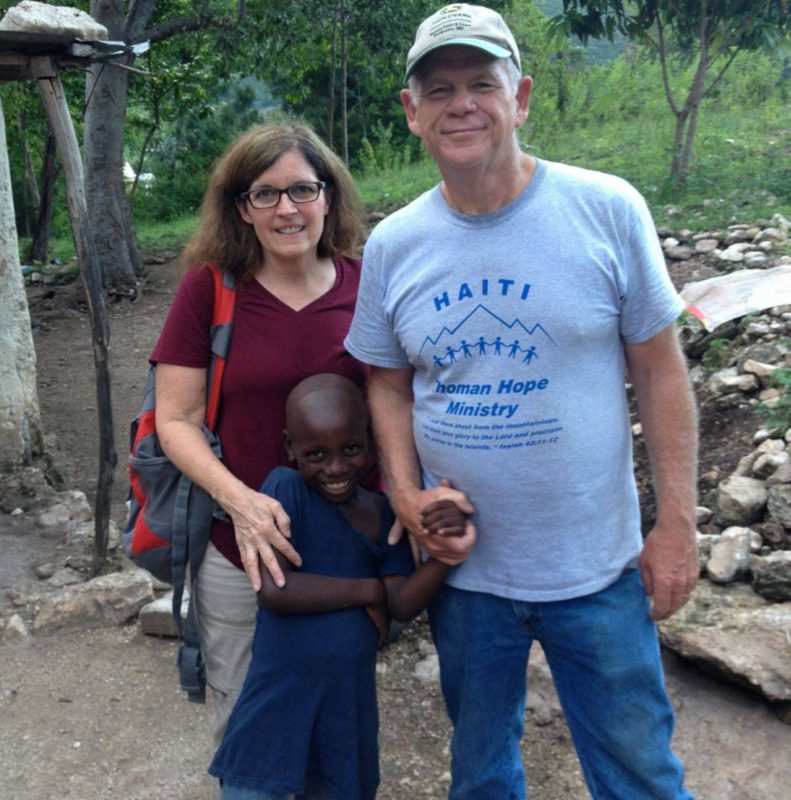 Terry, Kathy, and one of the many little ones they have loved in Haiti

Not only did Terry and Kathy provide direct medical care, they paid the tuition for a young Haitian lady named June to get her degree in nursing. Upon learning of Terry’s passing, June wrote the following: “Mr. Terry was more than a father to me. He decided to pay my four years in nursing school. He did this not only for me but for a whole population because now I serve a whole community in health care, thanks to him.” 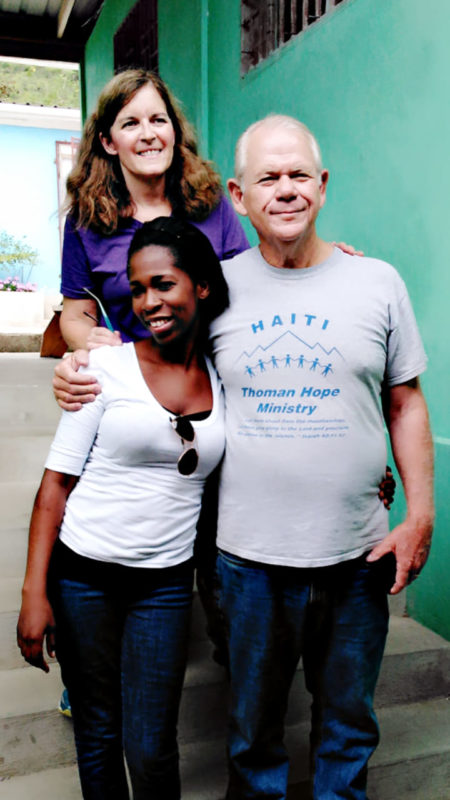 In addition, Terry and Kathy opened their home to Wesly Merystal, Pastor Mathurin’s oldest son. Wesly wanted to come to the States and get a college education and then go to dental school before returning to his village of Thoman to practice dentistry. Terry and Kathy arranged for Wesly to spend two years in their home and helped him enroll in a nearby community college where Wesly made all A’s. This coming May, Wesly will graduate from William Carey University with his Bachelor’s degree. It all started with Terry and Kathy. 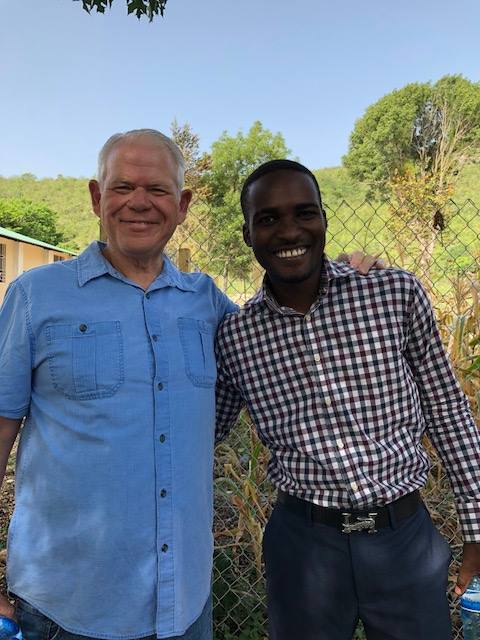 In addition, Terry has been a dear friend, mentor, and confidant of Pastor Mathurin in Thoman. God has used their friendship to share His love with countless people in Haiti. Of course, if Terry was your friend, he was always your friend. I love what he wrote about friendship on Facebook a few weeks ago:
“I am 70 years old and have learned a few things in my life – one of those is that good friends are hard to come by, so if you are my friend I cherish that friendship. One more thing and I’m done. Our only hope is in Jesus Christ. I pray that you will turn to Jesus for your answers. He is the best friend of all.”
Indeed, Terry knew the most important thing for every person was to be able to be called a friend of Jesus, a friend of God. Terry shared this hope through Bible studies, worship services, and personal witnessing.
Today we are sad for Terry’s family, his friends, and the people of Thoman. However, we rejoice for Terry, knowing that his faith has become sight. 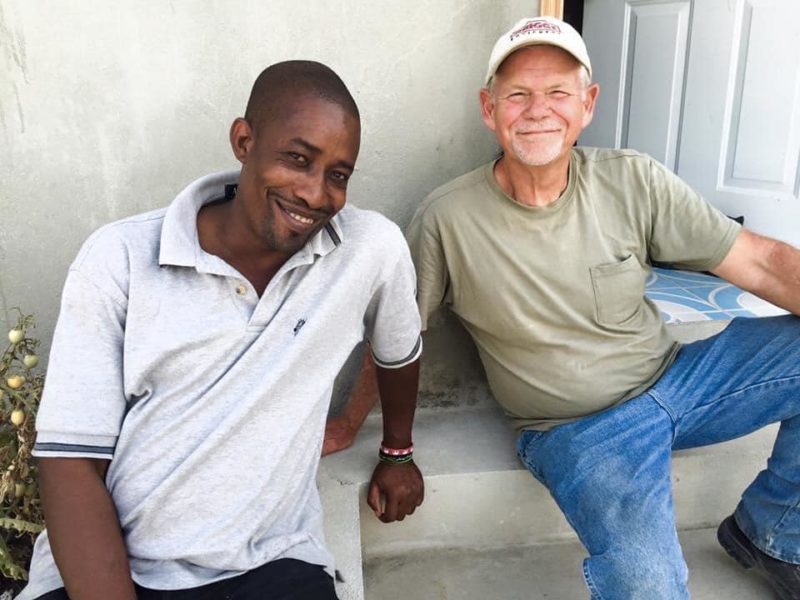 If you were blessed by the life of Terry Warren, I’m sure it would be a great source of comfort over the days and weeks ahead for Kathy to hear about it. You can email her at mamahenkw@yahoo.com.

Blessed to have known Terry Warren,