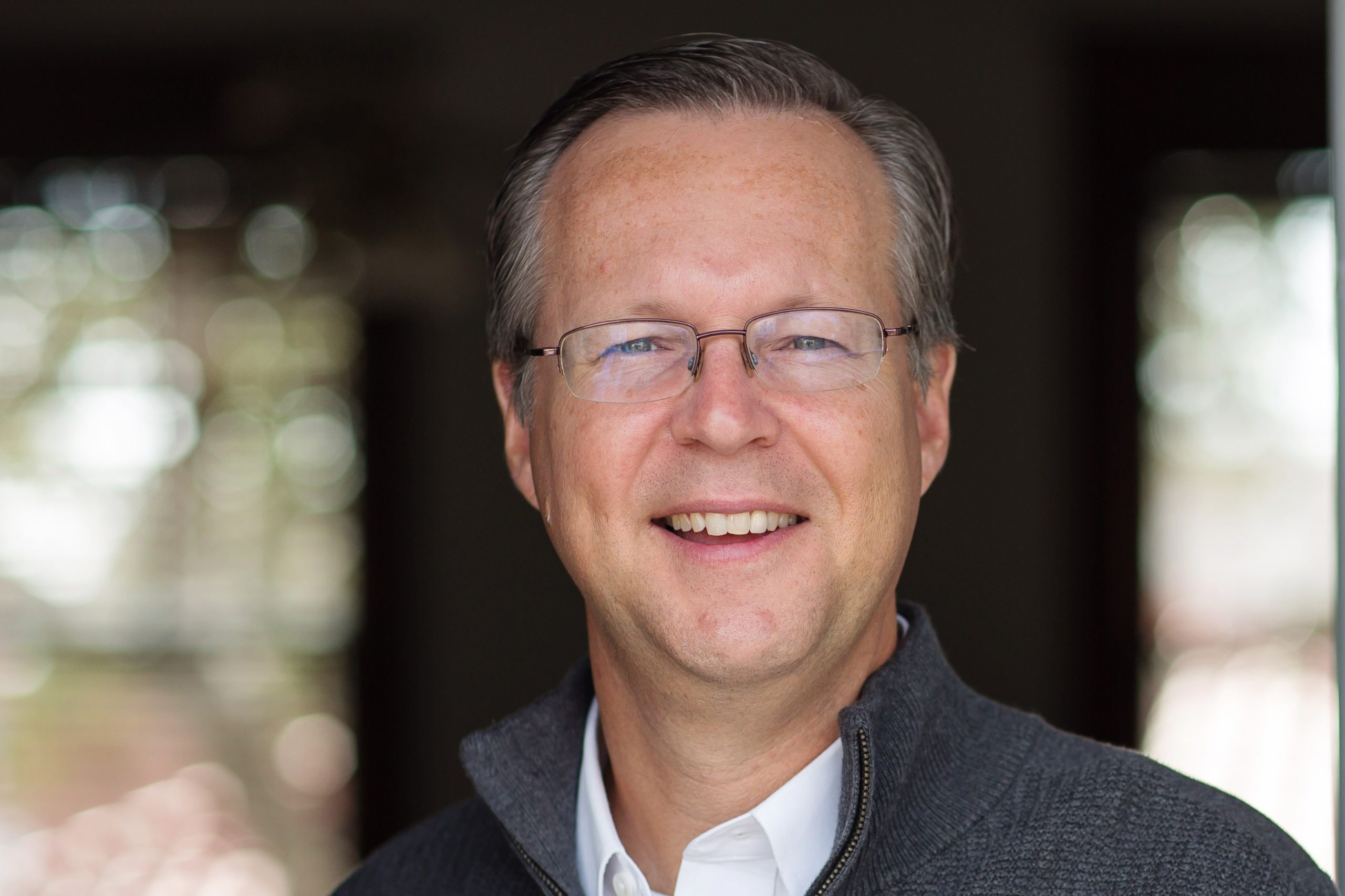 Stan Buckley – Stan is the founder and Executive Director of But God Ministries and formerly served as Senior Pastor of three churches over a 16 year period. In addition, he practiced law in Hattiesburg, MS for four years before becoming a pastor in 1995. His education includes degrees from the University of Southern Mississippi (B.S. 1988), Mississippi College School of Law (J.D. 1991), and New Orleans Baptist Theological Seminary (M.Div. 1998, D.Min. 2009). Stan has been married to Jewell since 1989 and they have twin sons (1993) and a daughter (1996). 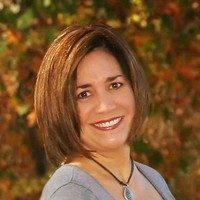 Dina Ray – Dina grew up in Lake Jackson, Texas and graduated from Baylor University. She has had a very diverse career and has worked all over the country and for several fortune 500 companies in the plastics industry as well as a national non-profit. She is a world traveler and is excited to be part of an organization with a focus in Haiti as well as Mississippi. At BGM, she is involved in all aspects of fundraising, individual giving, and foundation grants. She moved to Mississippi in 2000 and is married to Ken. They have three high school age sons. 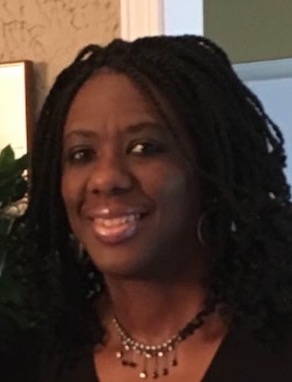 Annette Hall – In her role at BGM, Annette oversees the recruitment of mission team members while working with the individual mission team leaders as well with our Community Managers to ensure alignment with teams and projects. In addition, she manages the office and is involved in most of the activities of But God Ministries. She has a degree in Business Administration with a minor in Computer Science from Belhaven University and comes to BGM with many years of experience in the business world. She is married to Fred and they have three children. 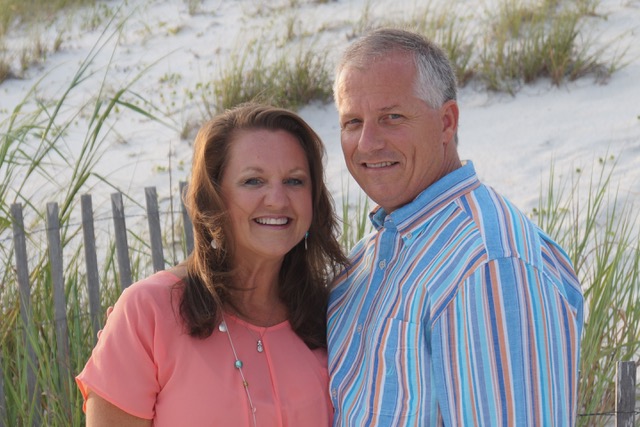 Tony and Mickie West – Tony and Mickie West moved to Haiti in August of 2012 to run our medical/dental clinic on a full-time basis. Tony is a Nurse Practitioner with a degree from Samford University. Mickie spent many years as a high school English teacher as well as an adjunct professor at Mississippi College. In addition to operating the clinic each day, Tony and Mickie host mission teams, including medical and dental teams. They have two sons, Jonathan (Katelyn) and Jacob, and one grandson. 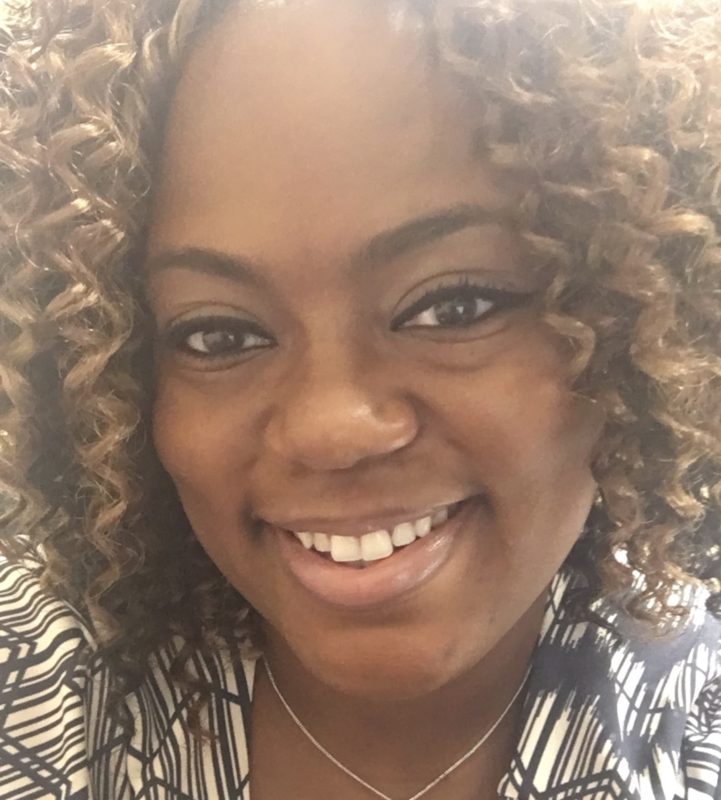 Amber Gray – Amber spent much of her childhood in Jonestown and recently returned there to live and work with BGM, hosting visiting mission teams at our Hope Center and working with local residents to identify projects within the community. Amber holds a Master’s degree in Marriage and Family Counseling from Mississippi College and a Bachelor’s degree in Psychology from Jackson State University. She brings a diverse background in process and project management to the BGM team. 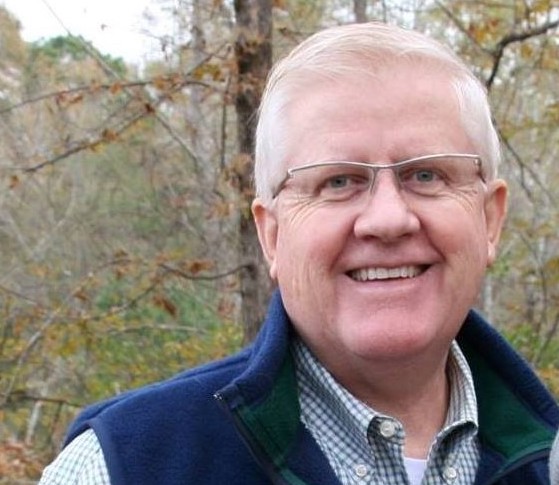 Rusty Hall – Rusty was born and raised in West Virginia and moved to Mississippi in 2006. He worked in the business world, primarily healthcare technology for 34 years, leading cross functional teams in sales, customer service, clinical education and engineering. He has a degree in Marketing from Marshall University. He is married to Michelle and they have two grown sons, two daughters in law and two grandsons. At BGM he is involved in all aspects of the work in the ministry. Among other things, his focus is on internal operations, job creation/economic development in Haiti, fundraising, strategic development and coordination of both Haitian locations of the ministry as well as the Mississippi delta and future ministry opportunities. 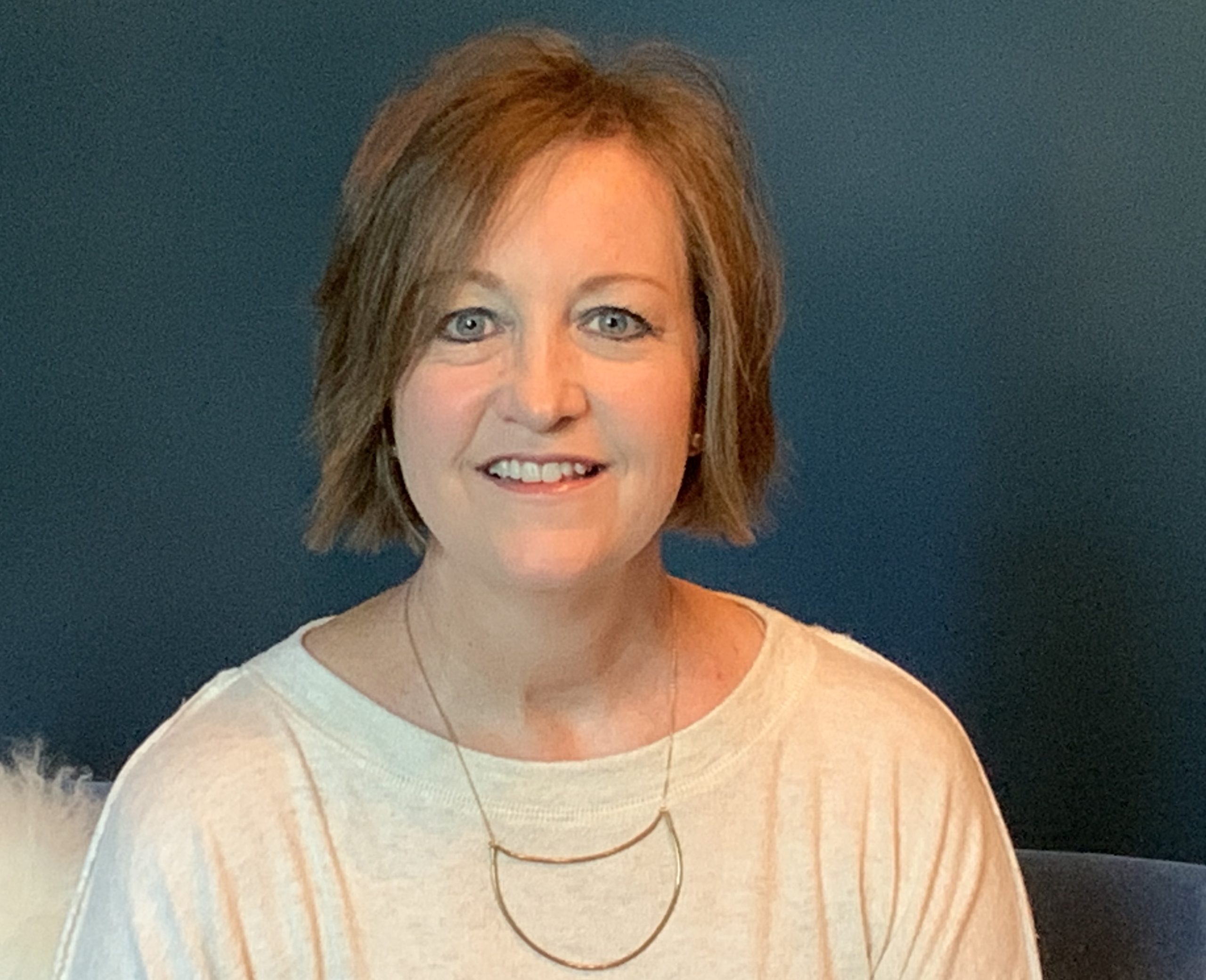 Julie Humphreys – Julie is responsible for all aspects of financial accounting operational objectives and is instrumental in the strategic planning process with oversight of proper accounting and compliance controls for the entire organization. She holds an Accounting Degree from the University of Mississippi and has held her CPA since 1995. She resides in Madison with her husband Kevin and two sons. 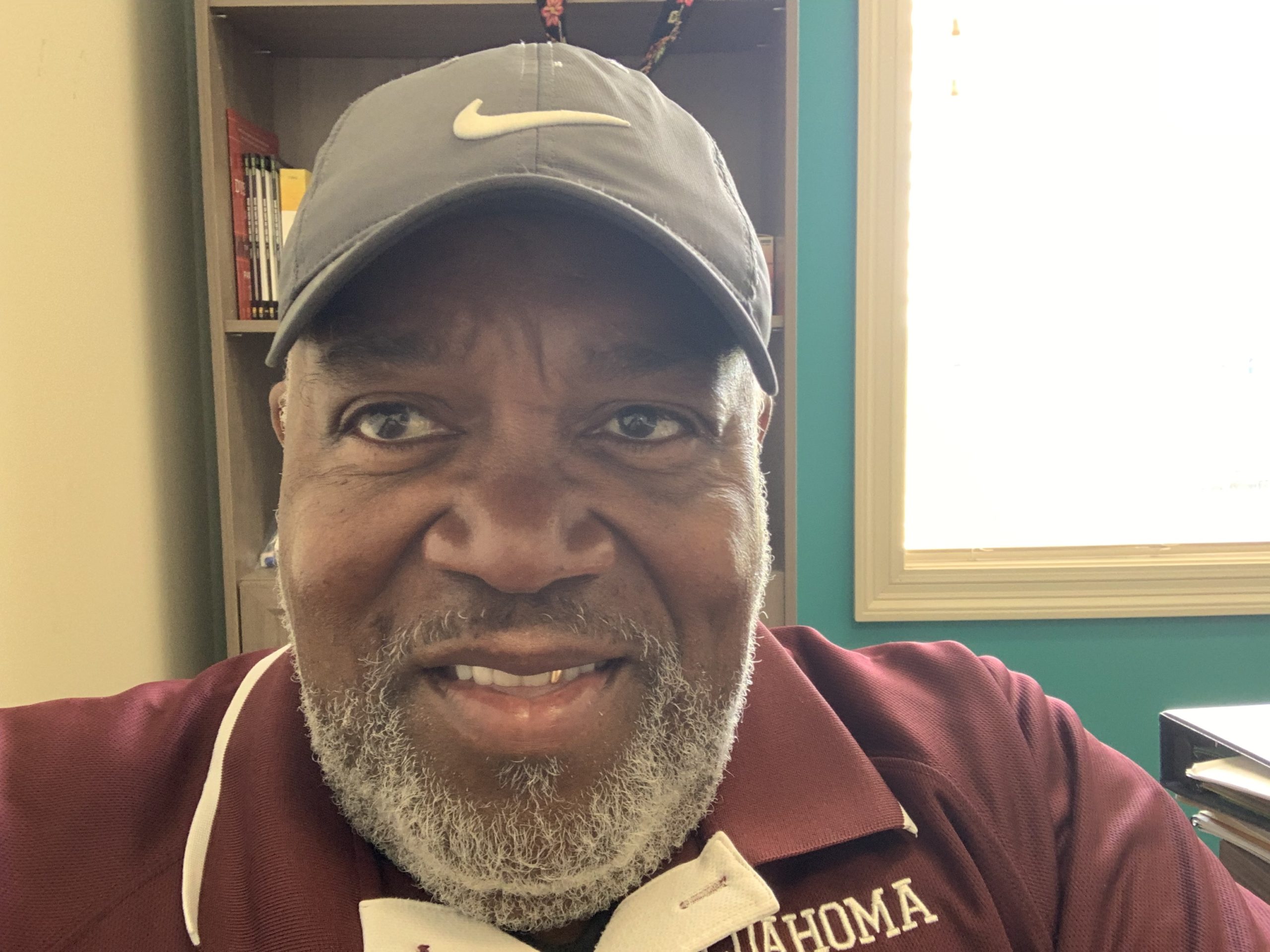 Bennie Brown – Bennie is a lifelong resident of Jonestown and comes to BGM with a wealth of experience and relationships. He holds a BA in Political Science from Virginia State University in Petersburg, VA. He is a proud veteran of the United States Air Force and currently serves as President of the Swan Lake Missionary Baptist Association, Trustee of the Coahoma Community College Board of Trustees, and Pastor of St. James Missionary Baptist Church in Jonestown. 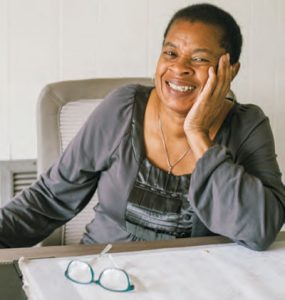 Linda McGrew – Not only is Linda a lifelong resident of Jonestown, MS, one of eight siblings, and a mom of three, but she has over 30 years of experience in community services. Before coming on staff with us, she spent a decade serving elementary school age kids in the community through an after-school program, which she started. As our Life Center Coordinator, Linda manages the daily running of that facility, promotes community events, and schedules all social services appointments such as dental, medical or legal.

The JFC Montessori School began in 1992 and But God Ministries acquired the school in April 2018. The program is for children ages 3-6. Click HERE to read more about the School and our team there.

Rick Adams – Rick is a banker who lives in Ridgeland, MS. Rick, along with his entire family, has been to Haiti numerous times, including hosting several trips from his church.

Dale Banks – Dale is a retired instructor enjoying life and serving others. She and her family have led multiple trips to Haiti since 2012 and plan to continue with these trips to Galette Chambon and Thoman. At present, she and her husband live near Hattiesburg, MS.

Lee Cope – Lee is a pediatric dentist who lives in Clinton, MS. Lee helped organize and lead our first dental trip to Haiti in February of 2011. Lee has been involved in international mission work for many years.

Barbara Gladney – Barbara has served as the Project Coordinator for this work in Haiti since October of 2010. She has been involved in all aspects of this ministry including construction, mission teams, assimilating partner churches, and all other activities related to the work in Haiti.

Buddy Huff – Buddy lives in Edwards, MS and is retired Senior Vice-President for Trustmark Bank in Jackson, MS. He has been to Haiti several times and has served as the Chairman of the Haiti Oversight Committee at First Baptist Church, Jackson, MS.

Mark Rich – Mark is a landscape architect in Jackson, MS who has been involved in this work in Haiti from the very beginning. He accompanied Stan Buckley, our founder, on the first exploratory trip to Haiti in the summer of 2010 and has been deeply involved in the design and construction of all aspects of the sustainable community that is being built.

Billy Van Devender – Billy is a businessman in Jackson, MS. He has been involved in international missions for many years, including work in Trinidad, Moldova, and Haiti. Billy went to Haiti with the first dental trip in February of 2011. In addition, two of his children, William and Anne, have served on mission teams in Haiti.